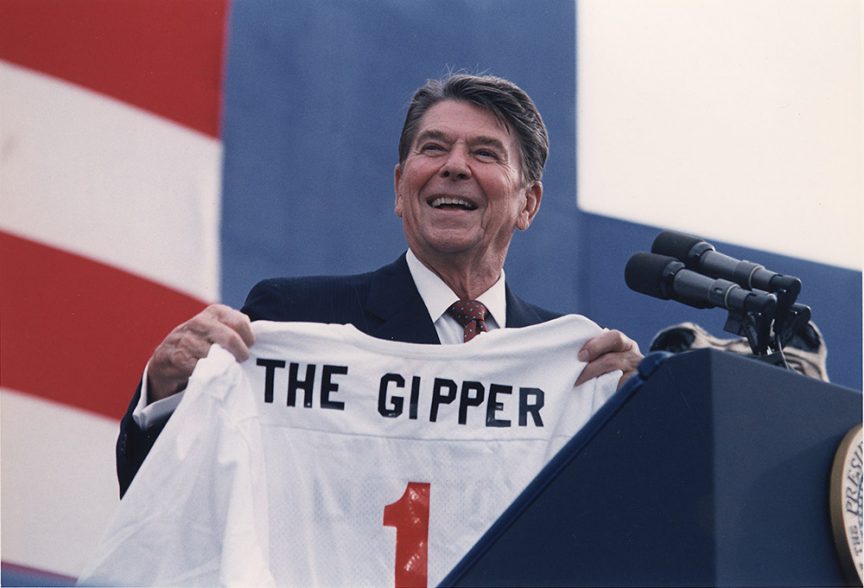 As a child, I grew up under the Reagan presidency, admiring him as a great president and leader. And apart from my childhood impressions, historians will tell you that a crucial part of Ronald Reagan’s success as a leader was his effective communication. For example, he would often tell jokes to win over his audience prior to sharing hard messages. One of his jokes centered on Russians having to wait ten years to get their automobile delivered:

I’ve been collecting stories that are told in the Soviet Union…these reveal that they’ve got a great sense of humor, but they’ve also got a pretty cynical attitude toward their system.

There’s a ten-year delay in the Soviet Union of delivery of an automobile, and only one out of seven families in the Soviet Union own automobiles. There’s a ten-year wait, and you go through quite a process when you are ready to buy, and then you put up the money in advance. And this happened to a fella. And this is their story that they tell, their joke… that this man, he laid down his money. And then the fella who was in charge tells him, “Okay, come back in ten years and get your car.” And he said, “Morning or afternoon?”

And the fella behind the counter said, “Well, ten years from now what difference does it make?” And he said, “Well, the plumber is coming in the morning.”

See? Much more effective than a dry explanation of how Russia’s economic system was failing. Reagan was also famous for using proverbs to defuse tension. When working on the nuclear disarmament treaty with the Soviet Union, he used the Russian proverb Trust, but verify. It was an ingenious way to express a paradoxical idea: we trust you, but you must prove yourself.

Since visiting the Ronald Reagan presidential library this past summer, I have been mulling over this saying. Trust, but verify. It’s such a profound statement, and very much relates to fundraising.

In the world of fundraising, we rely on major donors. Without large gifts, we can’t continue the good work we are doing. In order to continue receiving major gifts we must regularly communicate the impact of the gift. Without this communication, the donor will often stop giving.

In St. Augustine where I live, I serve on the board of two non-profit organizations. I serve as the Taking Donors Seriously chairperson for each organization, so I am responsible for leading the fundraising efforts. Just last week I met with one of our major donors. During the year we had made attempts to say thank you to the donor and had sent newsletters, invitations to events, and other updates. We had not actually sat down with the donor in person to say thank you. I thought to myself, “Well, at least they’ve been getting the ongoing generic communication. So we’re probably okay.”

Then this week came. I sat down with them to ask for a gift for the upcoming year. The donor said, “We haven’t heard anything in a year, so a few months ago, we decided to cut our giving in half.”

When it comes to major donors, it is always our job to verify that we have communicated properly the impact of a gift, and our gratitude for it. While generic communications are great, face-to-face meetings with major donors are absolutely essential. If we are not careful, if we don’t verify that a donor understands the impact of their gift, they may simply direct the bulk of their energy and their gifts elsewhere. If you trust but don’t verify, you could lose major donors this way.

Ronald Reagan used humor to be effective, but he also used discipline in his approach. I challenge you to verify your work: Do your top ten donors know how grateful you are for their commitment to the work of your organization? Call them, email them, text them – or best yet, visit them today! Make sure that they know your work will not happen without them.

If you do this, you will be able to maintain those long-term relationships with major donors that are so vital to your organization. Trust, but verify. The Gipper would be proud!