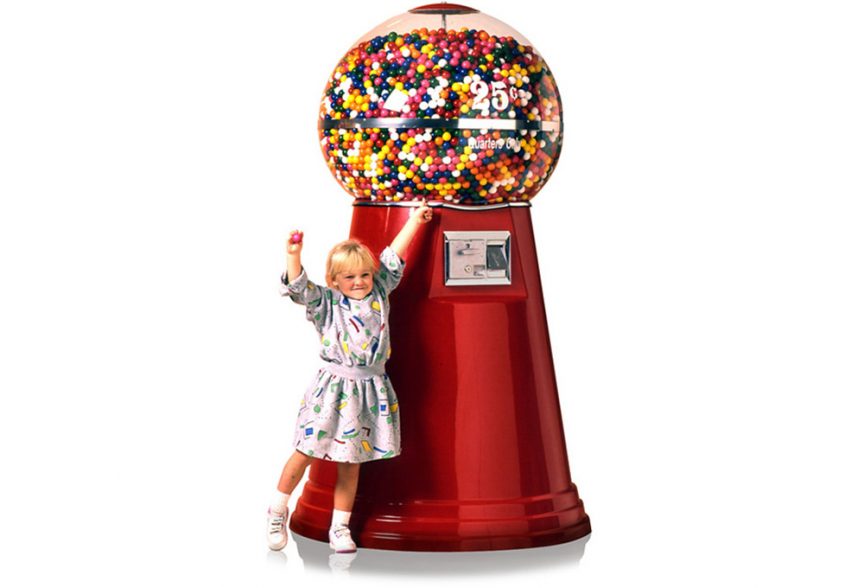 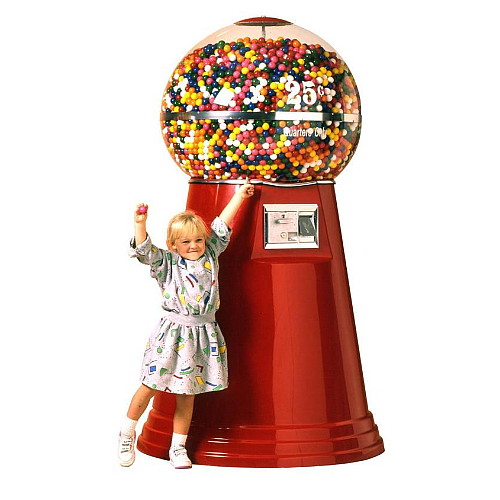 When I was in college, I started my own business – a gumball machine business. At its peak, my business grew to about 100 machines at various locations, but there was one machine that dwarfed them all. This machine was a fad back in the early 90’s: the Mr. Gumball machine. It was about 8 feet tall and 4 feet wide. It was huge! It was also an amazing money producer. Each month I collected $300 in sales from that machine. That meant that every month, 1200 customers were buying gumballs from me for a quarter – a gumball that had cost me less than a penny. I have to believe that no one actually goes out looking for a gumball machine. It must have been that when people saw that huge machine, they were struck by the novelty of it, and suddenly had an insatiable appetite that could only be satisfied by one of those amazing gumballs. I came to depend on those small amounts adding up, and every month, I would collect that $300 – in quarters, of course.

That’s great, Brad, you’re thinking. What does this have to do with fundraising? Glad you asked. The gumball sales represent your organization’s ongoing revenue. When I was in college, being able to count on $300 of gumball sales every month was a big deal. We all need recurring revenue like that, especially in fundraising. We may be tempted to think that the answer to finding that recurring revenue is to have a big endowment. But if we really want to have steady, recurring revenue, we need to build authentic, long-lasting relationships with major donors. Our vision should be to walk with donors over a lifetime.

When I worked at a nonprofit in St. Augustine, my job involved running the reports that listed all of the organization’s top donors. I recognized most of the names on the report – mostly big foundations and donors who gave large gifts. But then there was this one elderly lady on the list, and I knew that she only gave a small gift every month. I couldn’t figure out why she would be on that list. Slowly, it dawned on me. She had been giving 50 dollars a month for a long time. In a year, of course, that amount added up to $600. And that slow, steady commitment to our organization had added up over the last decade to over $7000. Just like those 1200 gumballs: bought for pennies, routinely refilled every month, and sold one by one for a quarter each.

When our focus is on building relationships with donors, they become, over the course of a lifetime, major donors. The donors I’m talking about here are not the mega-rich. They don’t give large gifts on an annual basis, and they really aren’t mid-level donors, either. In the world of Taking Donors Seriously, these donors are what we would call our Tier 3 donors. But these donors are still very important, and they should be an integral part of your fundraising strategy. Your strategy should allow you to engage them consistently, asking them once a year, and thanking them at least three times a year for their ongoing support. They are your sustaining donors – and little by little, gumball by gumball, they become your major donors, because of their long-term relationship with your organization.