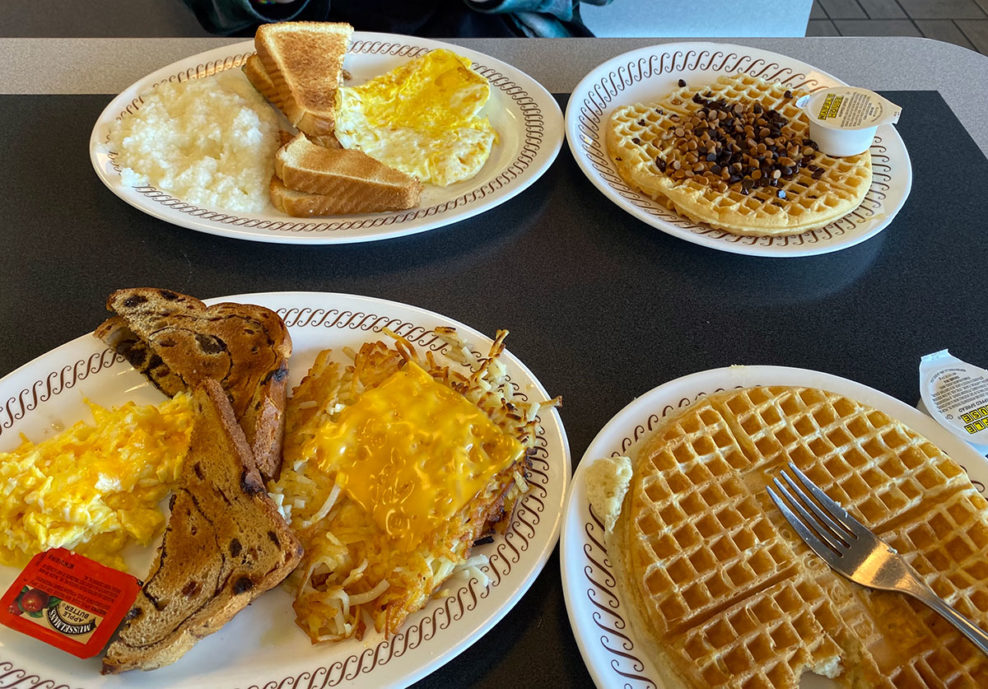 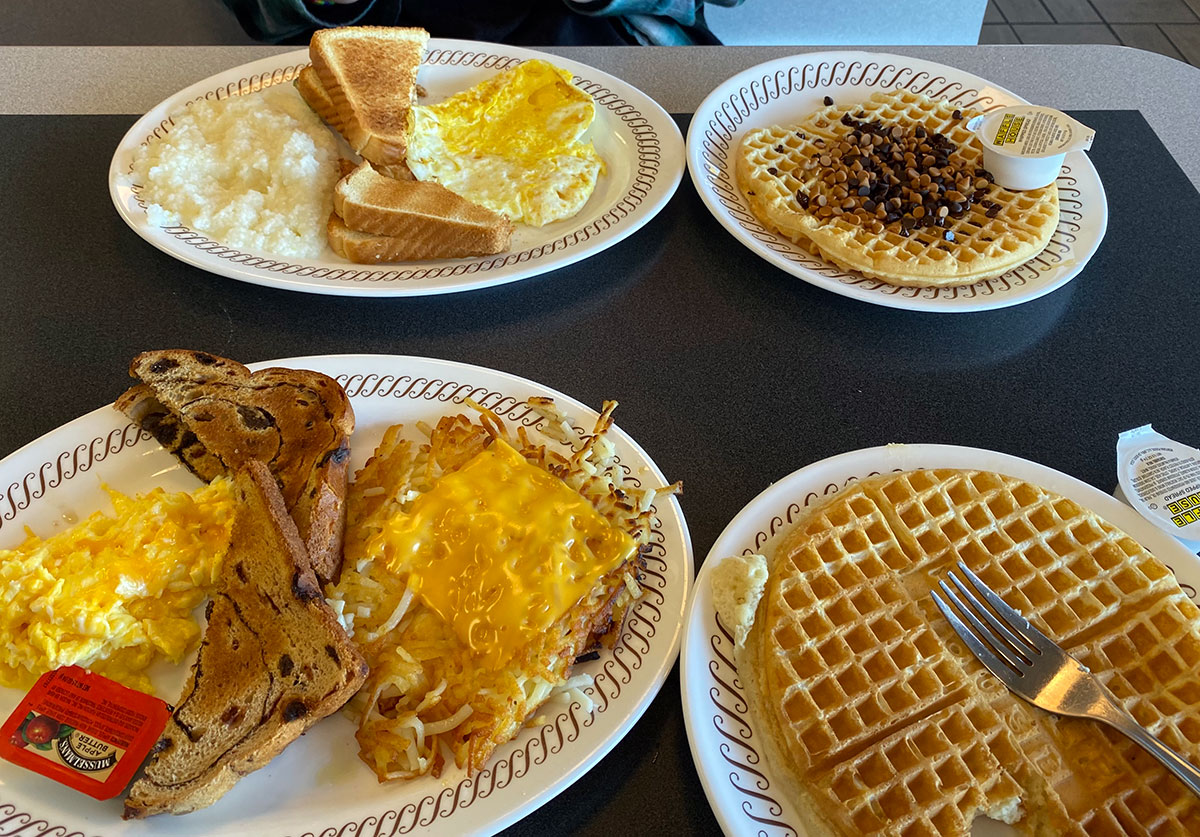 Today I had the best meal of my year.  It was unbelievable, absolutely amazing, the most delicious food I could ever possibly eat.  I ordered cheese eggs, raisin toast with Apple butter,  bacon, grits, smothered hashbrowns, and a waffle.  Those of you who know me realize that I don’t typically eat that way, but I ran a marathon today.  On marathon days I eat whatever I want.  The Waffle House is an amazing place.

If you’ve ever been to a Waffle House you’ll quickly see that there’s one person who is  cooking for the entire restaurant.  They stand in front of the griddle and they write nothing down as the waitresses yell out orders.  It’s an incredibly efficient system: the waitress yells out words in such a way, and then the cook arranges the plates in order of what was yelled out.  Somehow they can know to cook scrambled eggs, fried eggs, waffles, bacon smothered hashbrowns diced and chopped all at the same time.  They have a secret code that they speak in, and it works incredibly well.  The outcome of this incredible code is likely the most delicious meal you’ll ever eat.  Or at least mine was today.

Believe it or not I’m now going to say that this relates to fundraising.  It really does.   The sixth principle of Taking Donor's Seriously is that “proper planning minimizes costs and maximizes results.” Waffle House is the greatest example of that.  They have a system and they follow it and I get a delicious breakfast.  It’s the same thing with Taking Donor’s Seriously.  There’s six principles and five practices and when you follow the five practices; fundraising works.  I’m sure that many of you get trapped in the tyranny of the urgent, relevant to fundraising.  This time of the year I start to receive dozens and dozens of end-of-the-year appeals of which the majority of them I don’t even read.  Why does everybody send them out? Why does everyone do a chicken dinner banquet and golf tournament? These things just don’t work very well.  We know that the best way to raise money is to sit down with someone and share the vision of what you’re trying to accomplish and talk about how you’re changing the world, but for some reason everyone just does what everyone else is doing.  Today when I was at the Waffle House I’m sure if they stopped following the system my breakfast wouldn’t have been perfect.  I ordered a lot of food, so did my son, and the reason it was perfect, was because they followed the tried and true system.

While I was running my marathon this morning I received a text from one of my friends.  He’s a major gift officer and has been following the principle of proper planning.  He’s been pursuing five donors over the last six months and sharing with them the impact of what the organization he works for is having.  These five donors have all given modestly to the organization, but he spent the time to take them through the process of sharing a case – the equivalent of calling out the order in the right way to the waitress at the Waffle House, and these five donors yesterday each committed gifts larger than they have ever given in their lives.  The largest gift came from a donor who has been giving $20,000 a year.  He projected a  $1 million gift.  The other four projected similarly amazing gifts.

Proper planning minimizes costs and maximizes results at The Waffle House and it can for your  fundraising campaigns as well.